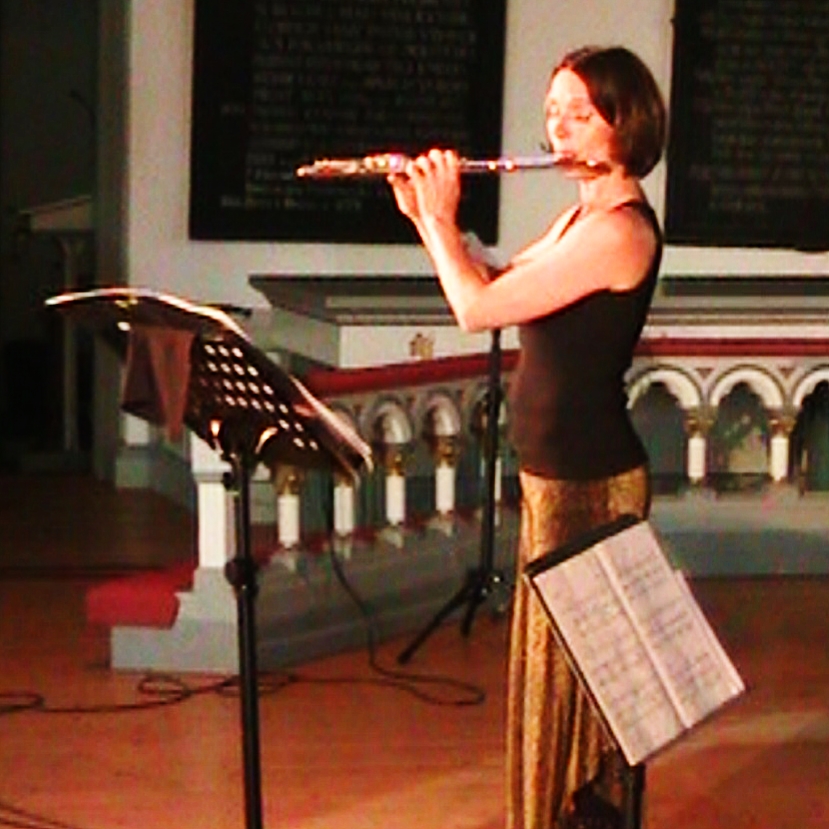 Di là dal fiume e tra gli alberi (Across the river and into the woods) – the title is from a novel by Hemingway. It’s about death and the story is built upon successive layers of symbolism.

The music in this work is the sum of several layers of musical themes from my earlier compositions. The different layers is repeated with varying distances and tempi, and at times various themes shine through. Alternative fingerings are also used in order to achive rhythmical tone colorations.
This piece was written to Ann Elkjär who also performed it for the first time in 2001. A shorter version for alto flute was shortlisted in a competition arranged by ensemble Rarescale/Carla Rees and The Royal College of Music in London 2004.

The video is from a concert at Kalvfestivalen 14th aug 2015.

More info about Trialogue I here!