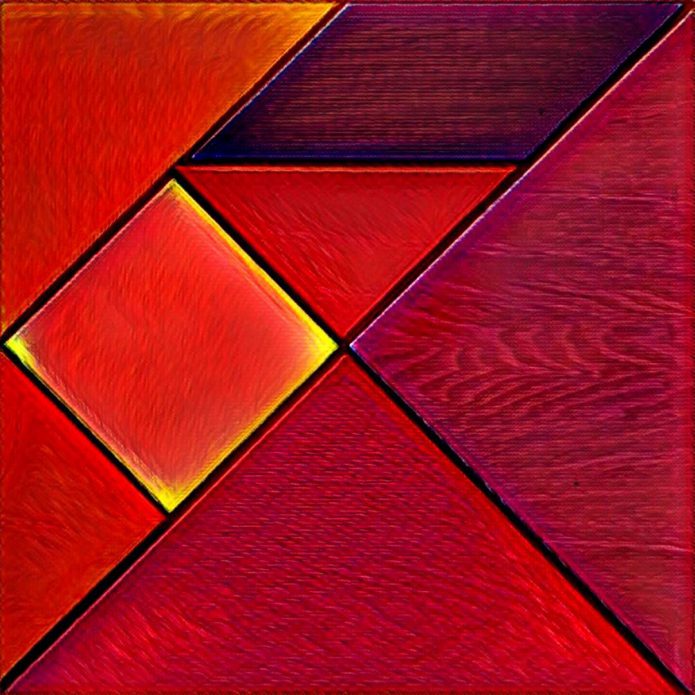 Dedicated to Duo Gelland who also premiered it in 2001.

Tangram is inspired by the Chinese puzzle by the same name. A square divided into seven parts with different sizes and shapes. Squares, triangles and rhombs that can be assembled in virtually infinite number of ways. The figures that are formed can be both pictorial and abstract.
Here the musicians gets seven pieces each, to place (play) in which order they so desire. They may also add a pause of any length between the pieces. Common to both parts is that you have the same pulse to stick to.
The “laying” of the puzzle can be done either so that you try different combinations in advance and decide on a variant to perform (a kind of composition work), or you randomly help to determine an order of the pieces and then, at the performance, let the moment’s inspiration determine the gaps between the parts; a more improvisational approach.
There is basically an almost infinite number of ways to perform the work. One can therefore always play a new version. Each time the same but still new.

The first version of Tangram was made for two violins but subsequently I’ve done versions of the parts for several other instruments. At present, there are parts for flute, alto flute, guitar and viola. The possibilities for variation have thus been extended so that one can perform the piece with several different instrument combinations.

In both recordings below, Duo Gelland has let the audience shuffle the parts.